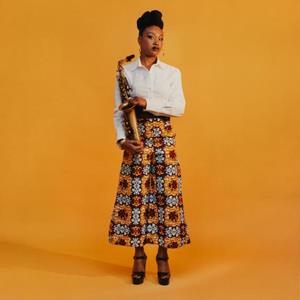 Camilla George has carved out her own unique identity in the vibrant London scene, with her strong cultural roots and love of fusing African and Western Music. Following her critically acclaimed debut album ‘Isang’ and much lauded follow up ‘The People Could Fly’ in 2018 Camilla launches her third album” Ibio, Ibio” at London’s Jazz Café on 16th November.

Camilla studied with several jazz greats including sax giant Jean Toussaint. Her band have supported Courtney Pine and Femi Kuti and played many festivals including EFG London Jazz Festival, Cheltenham Jazz and We Out Here. She has also been a member of celebrated group Jazz Jamaica since 2009.