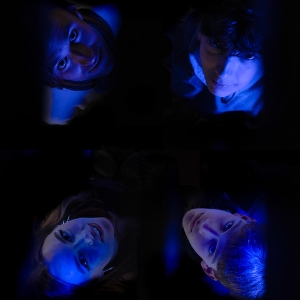 All CREATURE OF HABIT performances

Creature of Habit, formed in 2020. The band comprises of Joe Allen on drums, a solid, innovative, and wildly exciting drummer, who is also an accomplished all round musician and song writer. Jess Barlett, vocalist and brilliant lyricist fronts the band with boundless energy and vast vocal range, also
playing keyboards and tambourine (Listen out for The Mexican!). Freddy Schulp is the bands guitarist and is responsible for some killer riffs and solo’s. Alex Jones on bass, completes the line-up and glues the band together with his solid skilfully crafted basslines. The Band plays mostly original songs and will be playing such songs as “Red Girl”, “Cocktail Combination” &amp; “Fated”. Check them out on YouTube.

Supporting them will be New Judgement, an up and coming local band, who are coming out with some great new songs &amp; Hyko, a talented local indie artist, who has been gaining popularity throughout social media, with his original songs such as “Always More”.

It’s going to be a awesome night!