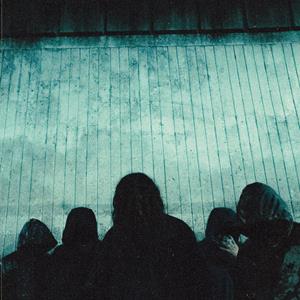 Raw, heavy, aggressive and a 0mes genuinely creepy, London and Kent based metallers Graphic Nature are one of the most energized and exci0ng new bands to emerge from the Bri0sh metal scene in years.

Coming into existence aCer singer Harvey Freeman joined guitarists Pete Woolven, Matas Michailovskis, bassist Charlie Smith and drummer Jack Bowdery in their previous band Cove, the quintet realised while listening to early 2000s nu-metal on the way home from shows that their ambi0ons were more in tune with Slipknot, Korn and DeCones than the metalcore they’d been playing. Taking their name from a track on DeCones’ Koi No Yokan album, in 2019 Graphic Nature announced themselves with the single Grit, and immediately began carving a name for themselves as a ferocious new force in Bri0sh metal.

With their new EP New Skin, their first for new label Rude Records, they’re doubling down. Mixing moments of snarling nu-metal aggro and the scalding fury of Slipknot’s debut album with instrumental passages that at 0mes recall the genius of Nine Inch Nails’ Trent Reznor, Harvey says “this is where we’ve nailed the Graphic Nature sound”.

Beefier in some places, angrier in others, and more sophis0cated at 0mes if you look closer, the result is an EP of songs that carry the spirit of nu-metal, sharpened and bulked-up for present day, which lands with the confidence of a metal fist.

“We’re always trying to go further,” says Harvey. “We’re always thinking, ‘How disgus0ng can we make it without going too far?’ Or with the drum ‘n’ bass elements, we listen to a lot of that in the van, and it all has the same feel as metal: there’s build ups and breakdowns, the same fucking formula. We thought, ‘Why don't we add shit like this and do other things with music, and not s0ck to being a five-piece metal band?’ So, Pete would write a drum ‘n’ bass hook and send it to us, and we’d be like, ‘Holy shit, this works.’ It sounds sick, in my opinion.”

“I really like if we can make it a bit fucking creepy with the spoken word parts, or having some whispers here and there,” he con0nues. “We're always looking for new ways to make people uncomfortable when they listen to our music - I enjoy that.”

New Skin will do just that. Created and recorded during the pandemic, with the band working remotely and emailing tracks to one another, before converging at G1 Studio in Somerset with producer George Lever (Sleep Token, Palm Reader, Loathe), it shows off both the band’s boiling fury and ability to create a sense of ambient dread.

Though the songs don’t specifically deal with COVID, the strange 0mes and lockdown isola0on nevertheless had an effect on the crea0ve process, as well as the band’s members personally. As a man who oCen writes lyrics as they come to him, rather than simply when needed, Harvey’s explosive words come from a place of darkness and frustra0on.

“I tend to come up with lyrics when I’m feeling prefy low,” he says. “Most of the 0me where it really gets crea0ve is if I'm in the mood set where everything's overwhelming and on top of me. When it’s 3am and I can't sleep, that's when I'll be like, ‘Okay, let's, let's write a song’. And when I'm in that state, I can write three or four songs. But it's one of those double-edged swords, because if I'm in a good mood, nothing gets wrifen because I have no problems.

“It's never that I'm mad at the world or anything, it's more it's more about coping with things that you deal with inside,” he con0nues. “A lot of us don't really talk about it, or we don't know how to express ourselves. I find that wri0ng lyrics down and then shou0ng them back at people really helps to get it all out.”

It’s caus0c, and deeply personal, but Harvey wants this to connect with people who are feeling the same way as him. Because, he says, it could be about much more than music.

“I want people to relate to the lyrics as well as digging the fuck out of the instrumentals,” he says. “It’s okay to be angry, it’s okay to be sad and if Graphic Nature helps you cope, I’ve done my job. As long as people give a shit about what we’ve done as a band, that’s all I can ask for. I want our audience to be honest about how they feel, some0mes wri0ng your thoughts down on paper is the first step to controlling your emo0ons, as hard as that can be. Collabora0on is key: keep rela0onships strong and speak to your quiet friends. You could save someone’s life.”

All of this makes New Skin a triumph. Musically, Graphic Nature are an explosion of kine0c heaviness that’s so oCen missing from heavy music, done with imagina0on and crea0vity to give them a personality. And underneath, their soul is one many will be able to relate to. As the band con0nue to rise – having already shared the stage with the likes of Employed To Serve and Palm Reader - there’s even more confidence now in who they are and what they’re doing.

Things are only going to get bigger. As Harvey puts it himself: “Graphic Nature are here to stay.”