The Boileroom, Guildford. Wednesday 25 May 2022 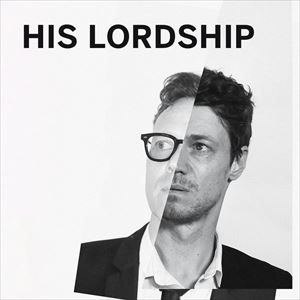 All His Lordship performances

HIS LORDSHIP
“MAKES THE CRAMPS SOUND LIKE YACHT ROCK” – JOHN NIVEN
Wild One -
https://www.youtube.com/watch?v=HMtXfb7CfiA
I'm So Bored of Being Bored -
https://www.youtube.com/watch?v=ilKlMIP7aL8
The Way I Walk -
https://www.youtube.com/watch?v=mMAclp8eBM
His Lordship emerged from lockdown in a blaze of boredom and frustration late last summer and promptly blew the roof off the main stage at Red Rooster Festival then The Moth Club in London a few days later. The new project from guitarist James Walbourne (The Pretenders, The Pogues, The Rails) and Kristoffer Sonne (The Pretenders, Elton John, Willie Nelson), His Lordship is the sound of Walbourne unleashed as a frontman; a furious riot of raging guitar and perverted drums from another dimension.‘I’m So Bored Of Being Bored’  was the first single to be released in September , then one evening after a long day of recording original songs, the boys  decided to let loose. They kept the tape rolling and filmed a set of rock’n’roll tunes they like to play. They didn’t even rehearse them. What you hear is a first take 15 minute set of Stuff They Like. Gene Vincent, Jack Scott, Link Wray and The Killer. By the end of it His Lordship were reduced to a sweaty mess of cheap suits and hair pomade. This became the Live "RocknRoll" EP which will be released in April with a 2nd EP of original material in May.