The Boileroom, Guildford. Wednesday 31 May 2023 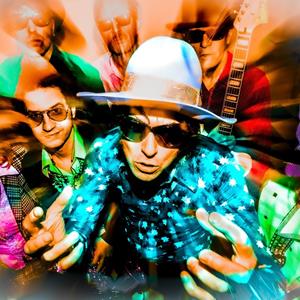 All JIM JONES ALL STARS performances

After a midnight offering at the real crossroads in Clarksdale, Mississippi, theband made the pilgrimage to Memphis, Tennessee to record with MemphisMagnetic founder Scott McEwen (Elvis Costello, JD McPherson, Nick Waterhouse, Nicole Atkins) in May of 2022.“It’s Your Voodoo Working” (a Charles Sheffield cover) featuring Nikki Hill onguest vocals, and Mike Gabriel (The Sermon) on theremin was the first singlefrom the album “Ain’t No Peril” recorded there.Followed by gunfighter ballad ‘And Your Arms Will Be the Heavens’ (whichfeatures Jim Jones and the Righteous Mind’s Mal Troon on pedal steel, and Solomon Arye Rosenschein on guitar) and a live Maida Vale session on BBC Radio 6.The band plan to release two more singles on Ako-Lite Records before hitting theroad for a tour in May/June 2023