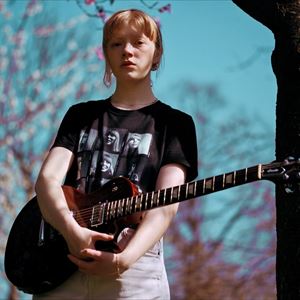 Rosie began exploring her own love of song writing, jazz and alternative harmony studying at both the Roundhouse and Royal Academy of Music.

Her self-produced debut album 'On My Mind' (2018), garnered praise from BBC 6 Music’s Tom Robinson, BBC Radio 1’s Abbie McCarthy, Becca Stevens “badass”, with Jazzwise Magazine hailing her “one to watch” and Giles Peterson, 6 Music declaring her “An artist I’ve fallen in love with, musically speaking.” Accumulating over one million streams to date, her 2nd album 'Bloom' saw her collaborate with Snowpoet's Chris Hyson. 'Bloom' has been named Jazz FM 'Album of The Week' as well as one of KCRW's 'Albums of The Year' catching the attention of the likes of Jamie Cullum, Jordan Rakei, Nitin Sawhney, Snarky Puppy's Michael League

After a run of UK shows at the end of 2021, Rosie embarked on her first EU tour in 2022, including opening for legendary singer Kurt Elling and playing Gilles Peterson’s WorldWide Awards and We Out Here Festival.