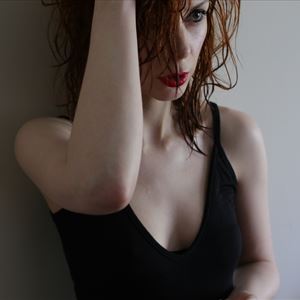 All The Anchoress performances

"I'm very sorry to say that I now won't be able to perform any indoor shows booked for this year due to being clinically vulnerable and the continuing high level of Covid cases and the planned scrapping of any remaining safety measures. This is not a decision I have taken lightly but it is unfortunately inevitable due to the medical advice being given to me in light of the current situation. I greatly appreciate all who have bought tickets for the shows and the support they have shown. I am going to reschedule the shows to 2023. Please keep hold of any tickets purchased as they will remain valid for the new show dates.”

Welsh songwriter and producer The Anchoress (aka Catherine Anne Davies) has created a one-woman sonic vision on her 2nd album, The Art of Losing. It racked up a wave of critical acclaim, as well as landing a UK Top 40 album chart position and nomination for the Welsh Music Prize, with Elton John calling it “one of my favourite records of the year”.

Produced and written by Davies, it was crowned Album of the Year by Prog Magazine, and named as one of the Best Albums of 2021 by The Sunday Times, Record Collector, The Line of Best Fit, The Sun, Yorkshire Post, Classic Rock, and Mail on Sunday. Caitlin Moran also hailed it as “the inadvertent, beautiful and truthful soundtrack to this moment” in its exploration of themes of toxic masculinity and #MeToo.

Her debut album, Confessions of a Romance Novelist was released in 2016 on Kscope to widespread critical acclaim and was named amongst the Guardian critics’ Albums of the Year, won HMV’s Welsh Album of the Year, Best Newcomer at the PROG awards, and a nomination for Welsh Music Prize.

As a co-writer and producer, she has worked alongside a variety of well-established names, including a 5 song contribution to the Top 20 album Spooky Action by Paul Draper (Mansun), Riz MC, and Ayanna Witter-Johnson.

She also appears as a guest vocalist on the duet 'Dylan & Caitlin' with fellow Welsh rockers Manic Street Preachers and on the Simple Minds albums, Big Music (Deluxe Edition) and