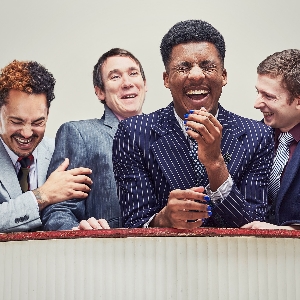 Since winning BBC Young jazz musician award in 2018, Xhosa Cole has headlined London’s major league clubs and already established himself in the premier league of UK jazz saxophonists. “A young player with formidable technique and a solid grasp of the post-John Coltrane African American tradition” Chris May All about Jazz

Xhosa is one of the leading new wave Birmingham Saxophonists alongside Soweto Kinch and Shabaka Hutchings. In 2020 he received the Parliamentary Jazz Award for Best Newcomer as well as having been nominated for the Jazz FM Breakthrough award

He has performed alongside artists including Monty Alexander and Courtney Pine and performed at prestigious venues and events including Ronnie Scoots and the BBC Prom. As a recording artist, Xhosa featured on Soweto Kinch’s latest album ‘Black Peril’ and UK R&B singer songwriter Mahalia’s critically acclaimed debut album ‘Love and Compromise’.

Xhosa’s deep and authentic connection to the lineage of Jazz music has helped to establish him among the most exciting young talents in the country. His exposure to players from a range of different traditions and outlooks, compounded by his strong connection to the inner-city community in Handsworth, Birmingham where he grew up has helped to develop a fiercely unique and independent voice.